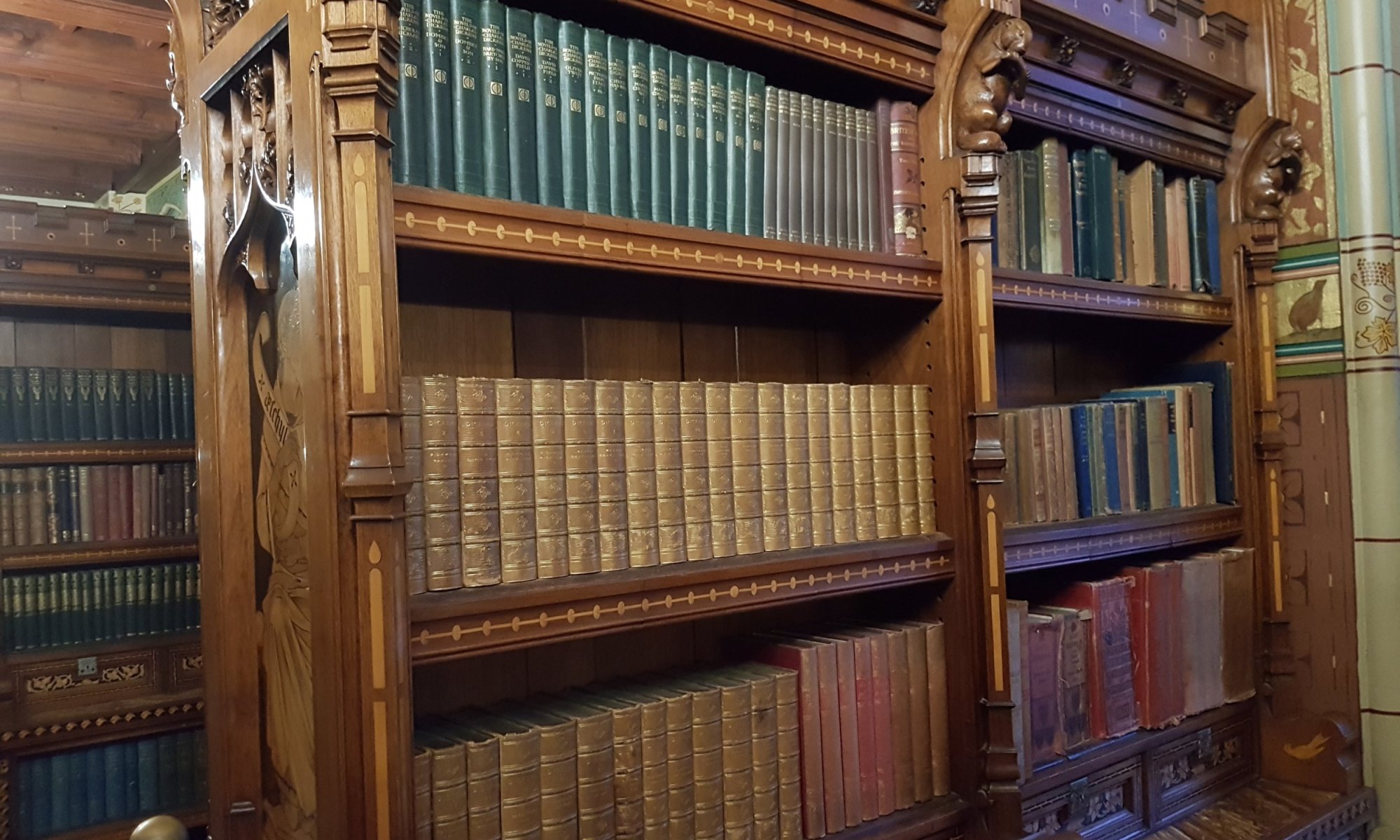 A couple of days before Christmas, I visited Cardiff Castle to see the Christmas lights and take a look around, as I’ve never been before. It turns out it has a beautiful library stocked with hundreds of old books! There was artwork along the walls, and the bookcases themselves were decorative as well. The fireplace was huge (I wish they had lit it though, it’s hard to keep warm in a castle!) and a rather elegant-looking Christmas tree had been put up. There was also a wedding taking place at another part of the castle and were due to have their drinks in the library, so at the entrance was a table with champagne flutes on top. Safe to say, I have now chosen a venue for my future wedding.

I’ve tried to find the exact names of the editions of the books mentioned (some you aren’t allowed to touch), but unfortunately, I couldn’t find them all. So this post is more of a cry for help than anything tbh :L If anyone knows anything about them, please let me know!

When I searched for these Shakespeare editions, Howard Staunton came up many times. The only issue is, there are lots of different Shakespeare collections by this publisher, and these never came up in my searches. Most of the ones that did though were published in the 1800s, and to me, these look like they come from the same era. I couldn’t see the first volume of this collection in the library either. 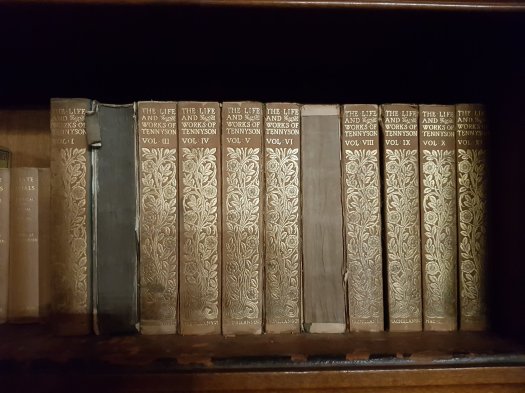 These books are a twelve-volume set of The Life and Works of Tennyson, published in 1898 by Macmillan & Co. They are incredibly decorated hardbacks, with green cloth and gilt on the spine. It annoyed me how two of the books have been placed the wrong way round!

Look how beautiful these Victor Hugo books are! I found these on Abebooks, but most of the publishing details on in French, and Google wouldn’t translate the whole page. From what I could work out, these editions feature black and white illustration amongst the text and have a hard leather cover. They were released sometime in the 18th/19th century and published by Ollendorf (?). 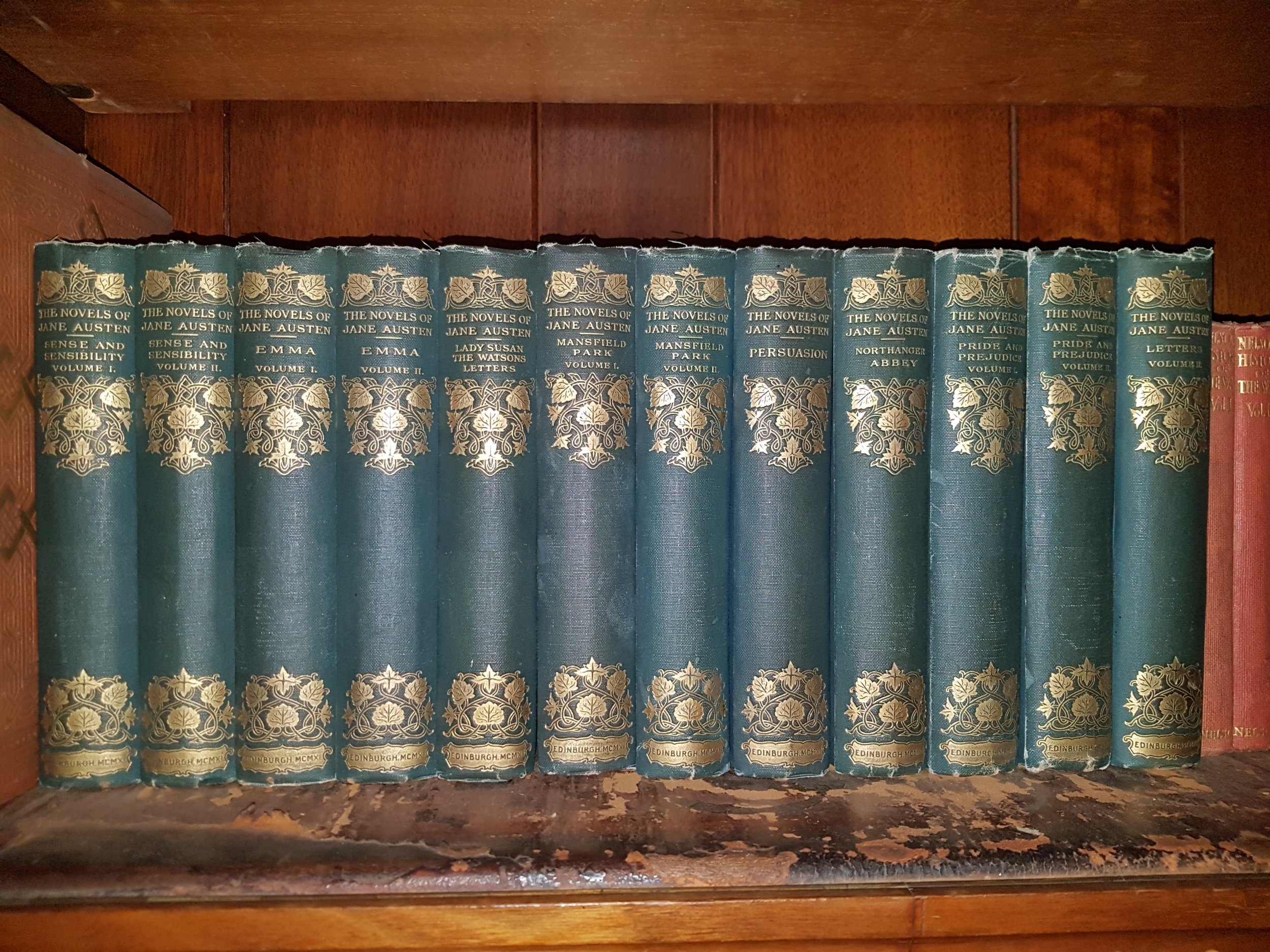 I can’t actually find any information about these. At the bottom of the spine it says ‘Edinburgh MCMXI’, which I typed in to Google, and could only find different editions of Austen novels. If anyone knows anything about these, please let me know! I love the blue covers.

Again, I couldn’t find any info on these books, which are old editions of Charles Dickens. I searched the exact wording that’s on the spines, but nothing. Any ideas?