Bath is probably my favourite city that I’ve been to. I love its appearance and the fact that it’s full of creative people. The coffee shops aren’t bad either! It’s also known for its Christmas Market, and it isn’t hard to see why. With over 200 chalets, fake snow drifting over Southgate and a variety of carol singers, it’s hard not to get into the Christmas spirit.

I returned to Bath for two days to see the market, as well as some of my favourite places. I left feeling excited and Christmassy, a little nostalgic as well.

So, because I’m not quite finished with Bath yet, here’s a few of the places we visited.

The entire two days were pouring down with rain, so when my boyfriend and I arrived, we hurried to one of my favourite coffee shops – Boston Tea Party. We visited the one on Alfred Street as it’s larger. I ordered the Raspberry Mallow Hot Chocolate, part of their festive menu, and my boyfriend had a mocha. And we both ordered brownies, as BTP’s brownies are the best, no question. The hot chocolate was incredible! The marshmallow-base made it thick, and it wasn’t too sweet either. I’ve never had anything from BTP’s Christmas menu before, but if they’re all as good as that hot chocolate, then I’m definitely going back for more.

Bath has plenty of bookshops, which is one of the reasons why I love it. My favourite has to be Topping & Company. It’s jam packed with books, plus wheelie ladders to help you reach the top. They offer hot drinks while you browse, and sell signed editions of some of their books. I found a signed edition of The Penguin Classic Book, which is on my Christmas list! There was also a beautiful edition of Black Beauty that I found and was so tempted to buy. We sheltered from the rain in here, with a pot of Earl Grey and coffee. 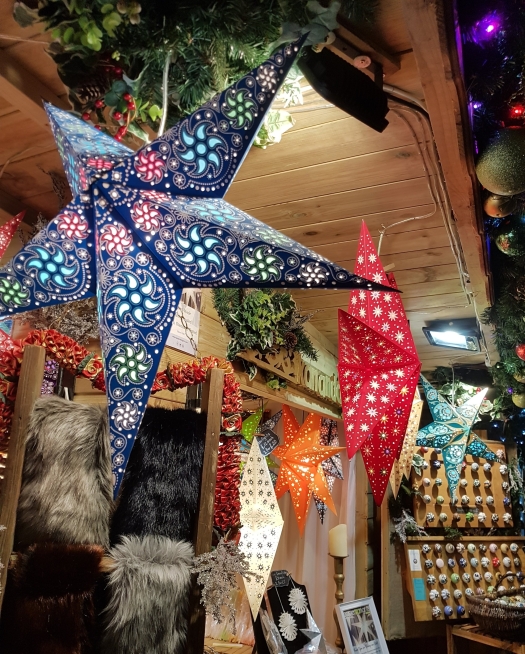 The market is spread throughout the streets of Bath, lights glowing in the evening sky. The chalets range from homeware to skincare, cheese to chocolate. Obviously, the latter two were my highlights. I bought two boxes of brownies from Chatley, vanilla fudge and honeycomb. The honeycomb brownies are incredible (I’m eating them now while writing this!), they are so chewy (the best type of brownie) and have large chunks of honeycomb, in each piece.

I also tried my first Baileys hot chocolate. I’ll admit it wasn’t my favourite; I didn’t understand the hype. At first, all I tasted was the burning taste of alcohol, but after a while, it calmed down, and the thick chocolate flavour took over. I did enjoy that part, but wouldn’t necessarily repurchase.

There was a beautiful stall, Meticulous Ink, that sold wax seals, bookmarks and fountain pens, to name a few. The woman running the stall was lovely, and I bought a beautiful bookmark based around Oscar Wilde. She has a store on Walcot Street, and I’m going to visit next time in Bath.

As expected at a Christmas market, we sampled a variety of vodkas (and my boyfriend tried quite a bit of gin as well), a chocolate flavoured one was my favourite. One of my highlights was that my twenty-six-year-old boyfriend, four years older than myself, got ID’d, had no ID, and so was not allowed to try any. More for me I guess?

I went to Cosy Club so many times during uni. It is so sophisticated – expensive but worth the money. The cocktails are amazing, and the food is to die for. The staff are always cheery; you can’t leave here in a bad mood!

We came here for breakfast (although by the time we got there it was more lunch) and had the shakshuka, which is one of my favourite items on the menu. It’s warming and comes with toast, the perfect thing for a cold morning. Accompanied by excellent coffee, of course 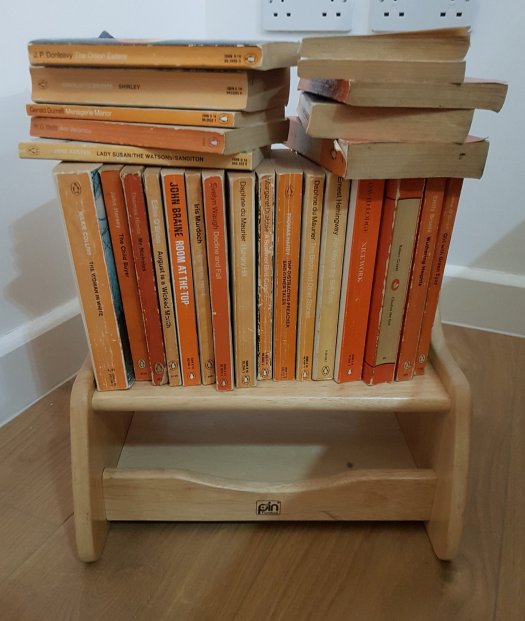 A quick note on our b&b, Marina Cottage. Although we didn’t spend much time there, it was amazing. Underfloor heating, a breakfast bar, and books! There were little bookshelves next to the sofas with old editions of Penguin Classics. Including Wuthering Heights! I was so excited, and I hope to stay there again so that I can have more of a good read.

There was also a dishwasher, and the kitchen was stocked with tea, coffee and fresh milk in the fridge. It wasn’t adjourning any other building which was lovely, and we had two floors that we didn’t have to share.

Bath is still one of my favourite places to go, and I hope to return soon. Also, I’ll be visiting the market next year…hopefully (fingers crossed!). 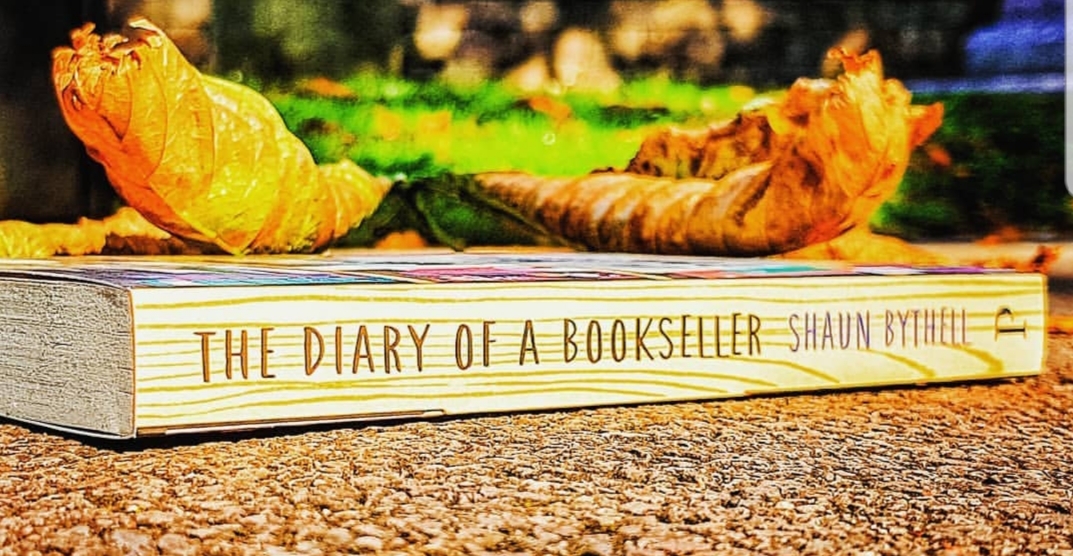 Where I live, there aren’t really a lot of options when it comes to bookshops. There was one, The Forest Bookshop, but that closed down, and other than that it’s just libraries. But even then they don’t have the greatest stock. Each city near me has a Waterstones which I love, but it’s not the same as an independent store full of hidden gems.

When I moved to Bath, I fell in love with the number of bookshops that I found. Topping & Company is my favourite, books of every genre imaginable, signed editions, events, all complete with a cup of tea to drink while you browse. It is the closest to my perfect bookshop that I’ve found so far.

I recently read The Diary of a Bookseller, and it got me thinking about what it’d be like to own a bookshop. How big would it be? Would it be second-hand, which genres would it sell? What would it look like?

I’ve written down some of the key characteristics that my bookshop would have, but I’m pretty sure they’ll change over time. Right now though it sounds like the perfect place for me to be right now, so warm and cosy and, of course, filled with books!

There is a well known quote, ‘The secret to a well balanced life is a cup of tea in one hand and a book in the other’, and it’s fair to say that no truer words have been spoken here. I want my bookshop to feel cosy and inviting, and the ultimate way to welcome someone is with a hot beverage. Served in the prettiests cups, all mix and match and related to books one way or another, in a variety of sizes (the biggest mugs will always be used for hot chocolates, served with cream and marshmallows, obviously) with a few biscuits or chunks of chocolates. Teapots for tea, and cafetieres for coffee.

Unless it’s a latte, in which case it shall be made with the most instagrammable coffee art ever.

One cannot be expected to walk around trying to carry a handful of books and a hot drink in my bookshop. Soft armchairs complete with throws will be dotted throughout the store.

I’m that type of person who is always cold, and so a fireplace is essential. My bookshop would be quite big, so there will be some heaters here and there as well, but the main space will have an extravagant fireplace to keep my bookshop warm. There wouldn’t be any music, so the crisp snap of a blazing fire will add to the cosy atmosphere. And it can easily be decorated for celebrations, like a wreath at Christmas or ‘cobwebs’ at Halloween.

My bookshop will have more books than anyone can imagine, and visitors will need to reach them all.

One of my favourite scenes from Beauty and the Beast is when Belle is in the bookshop on a wheelie ladder that glides along the shelves. I think having a few of those will be perfect in my shop, and I’m sure bookworms would be very excited to see them. It adds a fun aspect to my bookstore.

My bookshop would consist of both new and used books. Even though I’m not a fan of used books myself just because I don’t like folded pages, creased bindings, etc, I love the idea of a book being passed from person to person in its life. And I don’t write in my books, but sometimes seeing other people’s annotations can be cool, especially if it has some sort of meaning.

Plus, coming from someone who has way too many books, second hand bookshops are a great way to get rid of books that you don’t have room for, so I’d love to help people clear their shelves!

I love book recommendations. When it comes to finding a new read, blurbs aren’t helpful. I prefer it when someone says to me ‘If you like so-and-so, you’ll love this book!”. I’d have little signs or posters dotted around, swapping them regularly for different books. I’d also include one in every online newsletter that I’d write (Customers can sign up to them so they can hear about the bookish events I’d hold!).

Open from early in the morning until late in the evening

I’m talking maybe 8am-10pm. I remember at Bath leaving work at 6pm and everything would be closed. For those who have busier lives than me, how do they find time to run to their local bookshop? Plus, imagine spending a cold winter evening sat in a bookshop, next to the fire surrounded by endless cups of tea and books. I’d never leave.

Now that I have a plan, I just need to win the lottery to get the ball rolling.

Do you ever consider running a bookshop? What would it be like? What are your favourite stores to visit?